What Physical Needs Do Employees Have?

The key physical need employees have, and often the least valued in modern organizations, is renewal. Unlike machines, human beings are designed to pulse – meaning to move rhythmically between work and rest. Four critical behaviors serve renewal: sleep, daytime rest, fitness, and nutrition.

The work of Nathaniel Kleitman demonstrates that the human body moves in 90-minute ultradian cycles throughout the day, during which we move from higher to lower alertness.

Unfortunately, the Quality of Life @ Work Study found that only 49% of employees take more than one break during the day. Those who take at least a brief break every 90 minutes reported a 28% higher level of focus than those who take just one break, or no breaks at all. 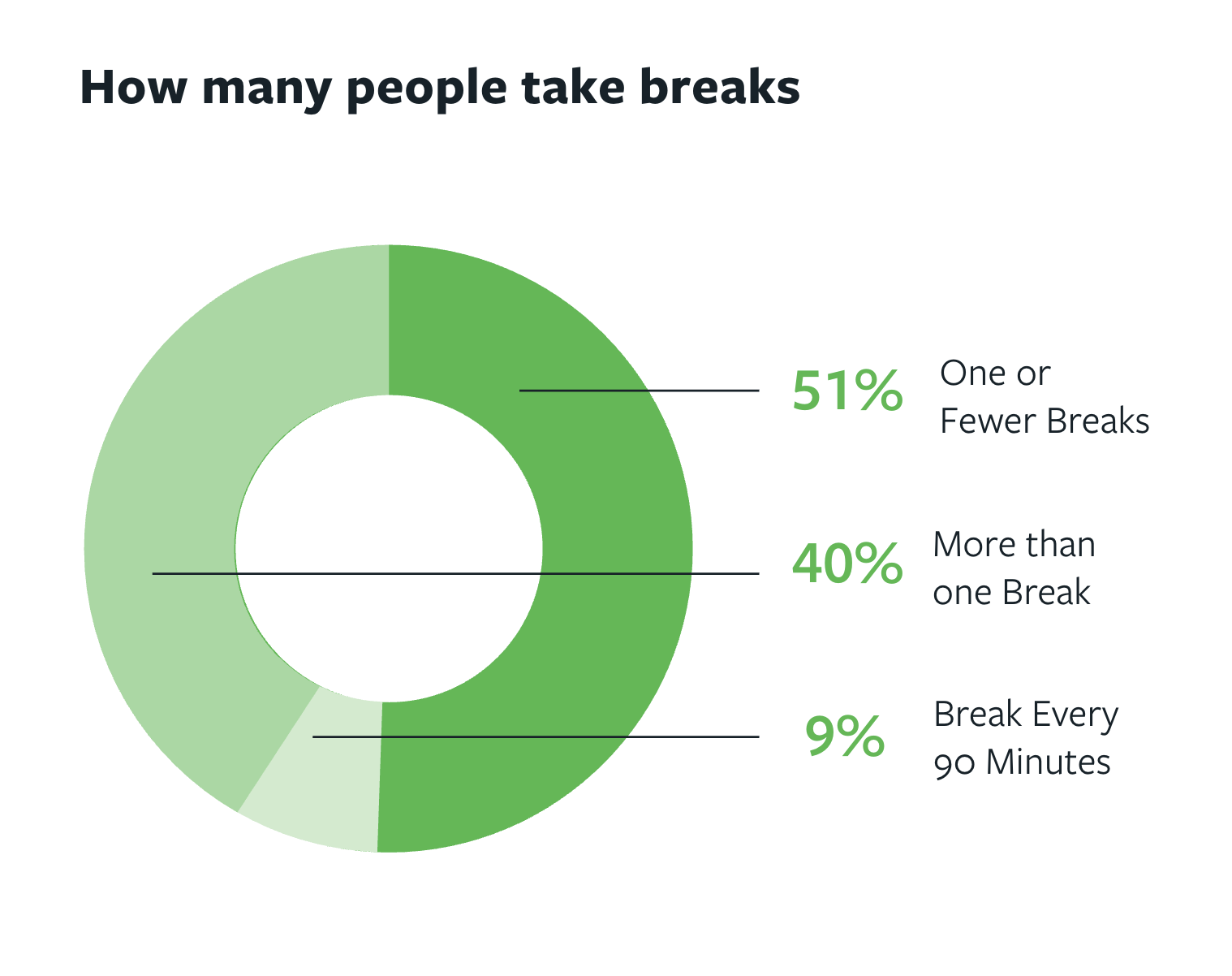 These employees also reported a 40% greater capacity to think creatively and a 30% higher level of health and well-being.

Feeling encouraged by one’s supervisor to take breaks increases peoples’ likelihood to stay with the company by 81%, and also increases their sense of health and well-being by 78%. Employees who work at least 55 hours, compared to those who work 40 hours or less, report feeling 21% less engaged and 27% less focused. 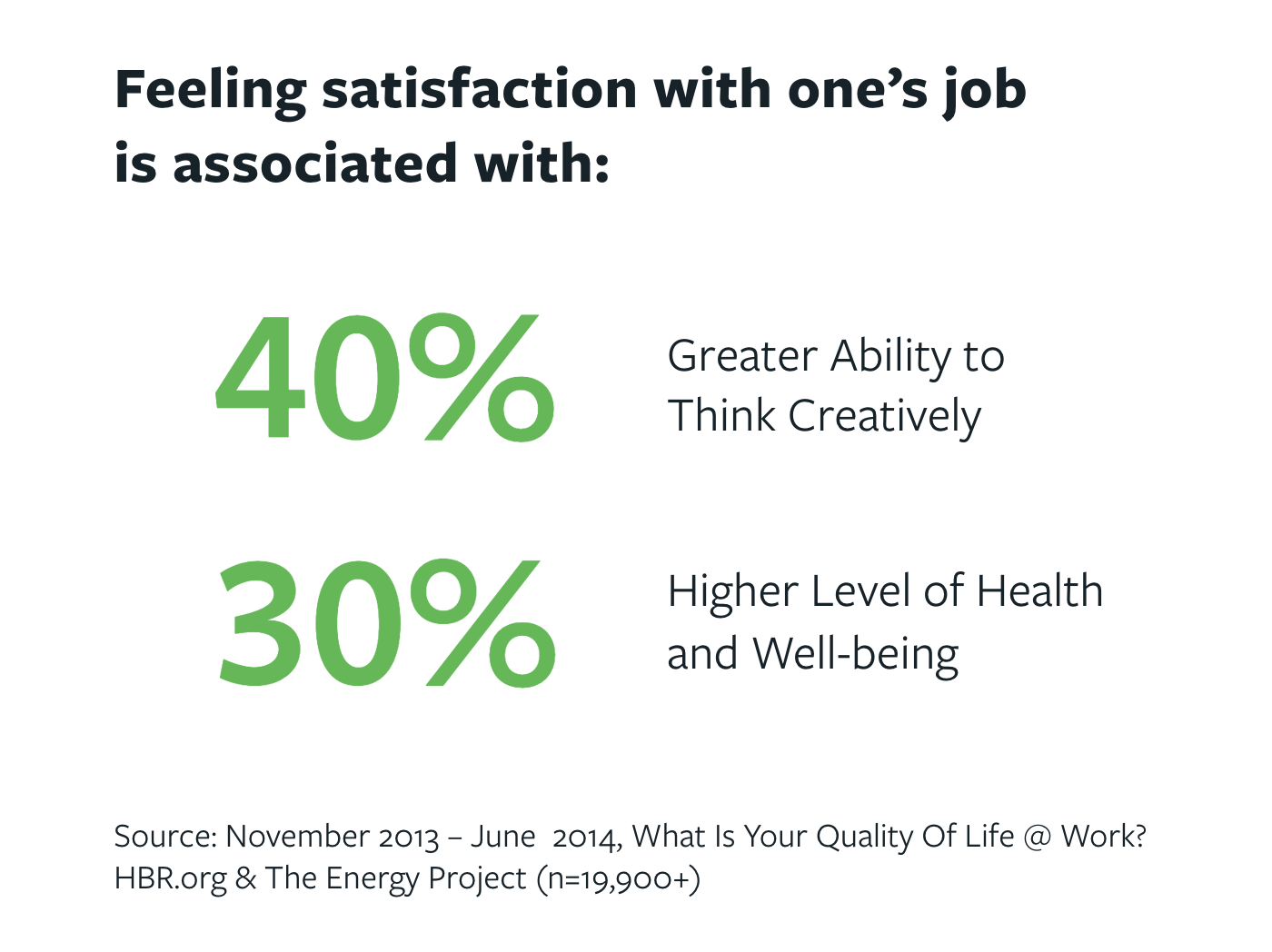 For Leaders: Model Renewal at Work

Leadership behaviors in every dimension have a significant impact on employee energy, sustainability, and performance.

To fuel the highest levels of performance in the physical dimension, leaders must both encourage and model sustainable work behaviors. For example, more and more companies are building fitness facilities and even nap rooms but when leaders don’t make use of them, employees are understandably reluctant to do so themselves.

The result is that many well-equipped gyms sit largely unused during work hours. Perks that ought to be generating positive energy and renewal among employees can end up instead prompting frustration and resentment.

Only 17% of respondents in our survey reported having a leader who encouraged them to take regular renewal breaks throughout the day. Those who did, reported being 40% more engaged, 54% more satisfied with their jobs, 51% more able to prioritize, and 81% more likely to stay with their organization.

Physically, that means ensuring that team members effectively balance intense effort with real renewal, not only in the evenings, on the weekends, and during vacations, but also intermittently throughout the workday.