What Spiritual Needs Do Employees Have?

No single factor in the study influences people’s job satisfaction and likelihood to stay at an organization as much as feeling connected to their company’s mission, and finding a sense of meaning and purpose in their work. 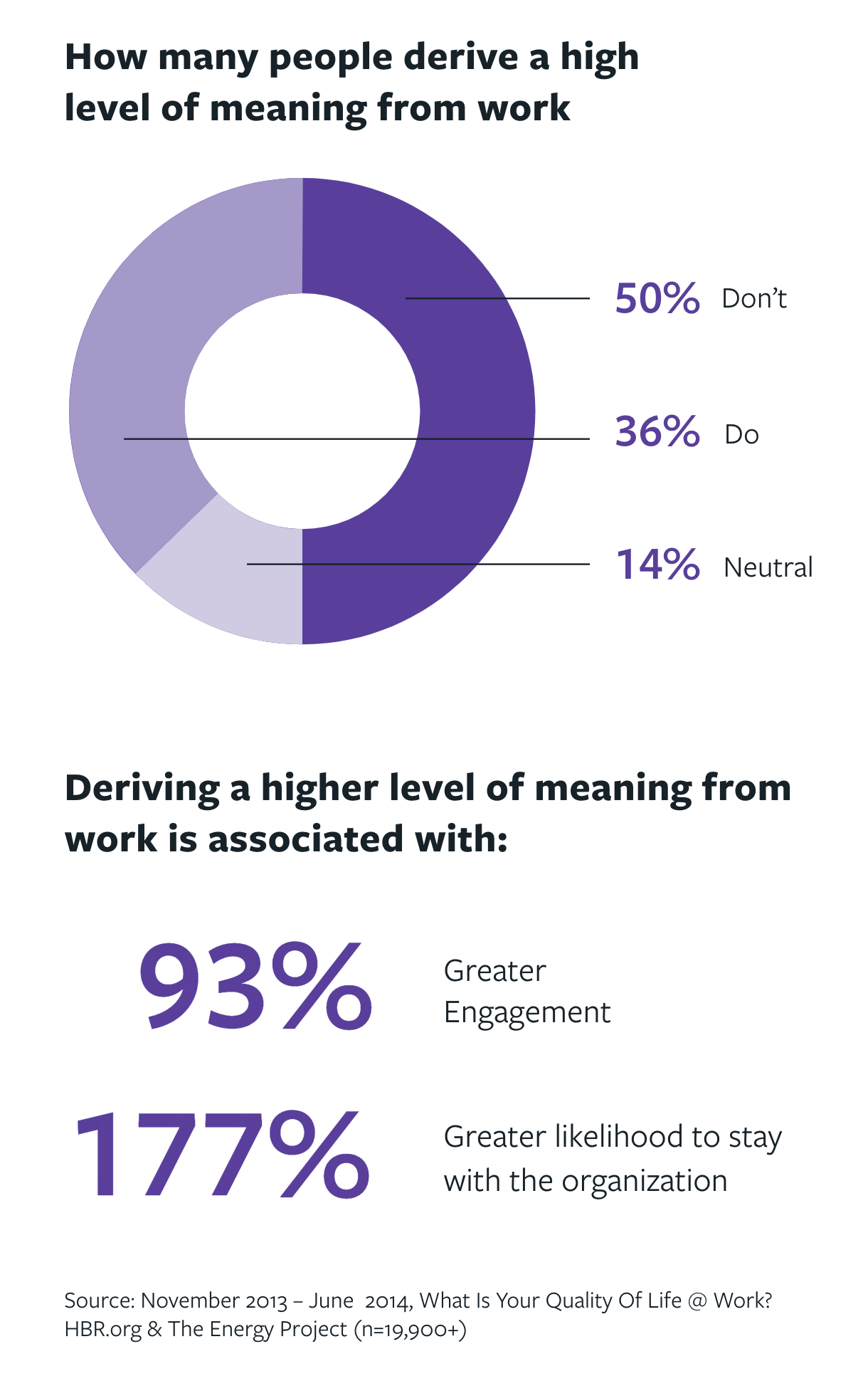 Most companies fall far short of communicating their mission to their employees in a clear and compelling way.

Only 34% of respondents said that they felt a connection to their company’s mission, and those who didn’t feel such a connection were 62% less likely to stay with their employers and 45% less engaged.

Deriving a sense of meaning and significance from their work had the highest single impact of any variable in the survey.

Employees who did find meaning in their work also reported being 2.8 times more likely to stay with their organization, 2.2 times more satisfied with their jobs, and 93% more engaged.

For Leaders: Communicate a Clear Vision

Purposeful leaders have an especially powerful influence on their employees.

Only 20% of employees reported having a leader who communicates a vision that is clear, consistent, and inspiring. Those that did reported being 70% more satisfied with their jobs, 56% more engaged, and 100% more likely to stay with their organizations.

When leaders actively support more sustainable ways of working, the result is a significant positive impact on every performance variable. Only 21% of our survey respondents told us that their leaders model sustainable work practices.

Employees who work for these leaders are 51% more engaged, 68% more satisfied at work, and 100% more likely to stay at the company.

Spiritually, the best leaders define a clear and compelling vision and a set of values that inspire team members – while serving themselves as role models who walk their talk.